We love tattoos here in Australia, but it looks like our cousins across the Ditch are even more invested in ink.

A recent report by the New Zealand Herald claims that an astonishing 95% of new police recruits are tattooed.

Tattoos have traditionally been frowned upon by most Western Societies, with some cultures (like Japan), turning it up to 11 and associating them with the criminal underworld.

There was a time, and there still is in many countries, that having a tattoo barred you from joining the police or army, but New Zealand has always been different.

As well as the traditional Maori tattoos they have there, the idea of getting inked isn’t as frowned upon in Kiwi culture.

As the NZ Herald reported last month, up to 95% of new police recruits have tattoos, and the organisation has launched a recruitment campaign around skin art in a bid to encourage more people to join the force.

The campaign officially launches this weekend and shares the personal stories of seven officers and their ink.

One of the officers fronting the campaign is Constable Dion Nelson-Screen, who has a detailed portrait of Batman adorning his right forearm.

“I got this as firstly I am a massive fan but it also symbolises the police in a way to me,” he said.

“I like how Batman stands for justice and how the bat symbol is a symbol of hope and justice – just like the police symbol.

“Batman is just a regular human who wants to stand for more and save people.”

Nelson-Screen has a number of other inkings including the Japanese symbol for strength and the Green Arrow character from the television series, which he says has similar meaning to him as Batman.

“Plus, I love comic book characters,” he added.

“I also have my mum and brother’s name on my shoulder along with a Kiwi fern which is half a fern and half a Māori tā moko – which symbolises both parts of my ethnic background.” 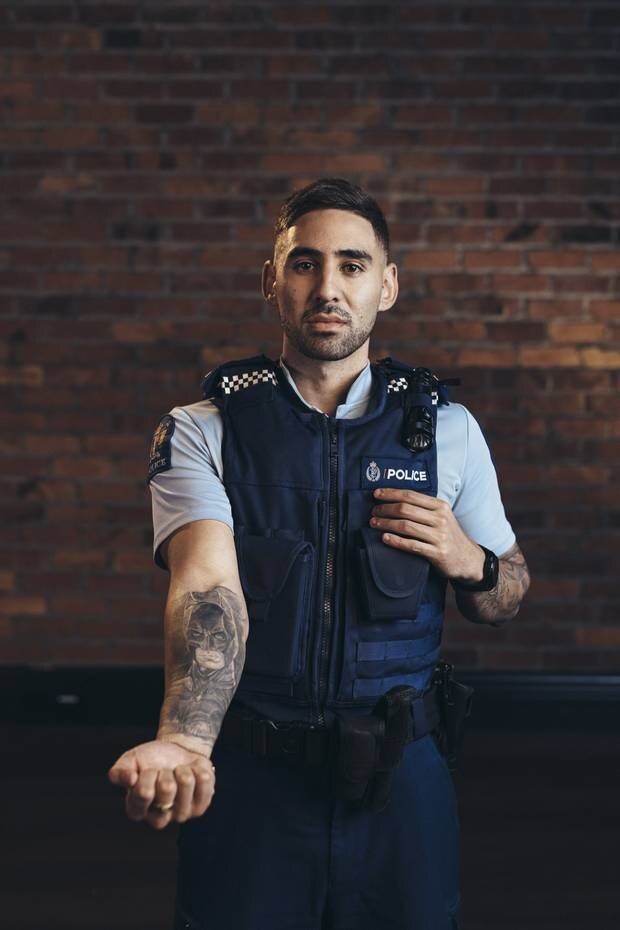