There are many different types and styles of tattoos across the Ditch New Zealand, but tattooing first began in Aotearoa with Ta Moko.

THE EARLIEST FORMS OF TA MOKO

It’s impossible to establish when Ta Moko started as there are no written records pre-colonisation, as there was no formal Maori written language. Instead, historians have had to rely on archaeologists and the accounts of the first European settlers. Excavated sites have found tattooing tools dating back to the very earliest settlers, with some of the tools the same as the ones used in Samoa. Although the patterns and designs vary throughout the Pacific when it comes to tattoos, the technique of rhythmically tapping a bone chisel, lashed to a small wooden shaft remains the same.

Some of the earliest accounts of tattooing in New Zealand were by Sydney Parkinson. Parkinson was Captain James Cook’s artist on board the Endeavour when it landed in Poverty Bay in 1769. He sketched and painted local Maori displaying their Moko, and described in detail the different styles and patterns he witnessed.

The Explorers noticed that Maori women were not as extensively tattooed as the men. Their upper lips were outlined, usually in dark blue, and their nostrils were also very finely incised. The chin moko was always the most popular and continued to be practiced even into the 1970s.

Ta Moko facial tattoos aren’t just for decoration, they also tell a story. A person’s ancestry is indicated on each side of the face. The left side is generally (but not always, depending on the tribe) the father’s side, while the right-hand side indicates the mother’s ancestry. If one side of a person’s ancestry was not of rank, that side of the face would have no Moko design. Likewise if, in the centre forehead area there is no Moko design, this means the wearer either has no rank, or has not inherited rank. 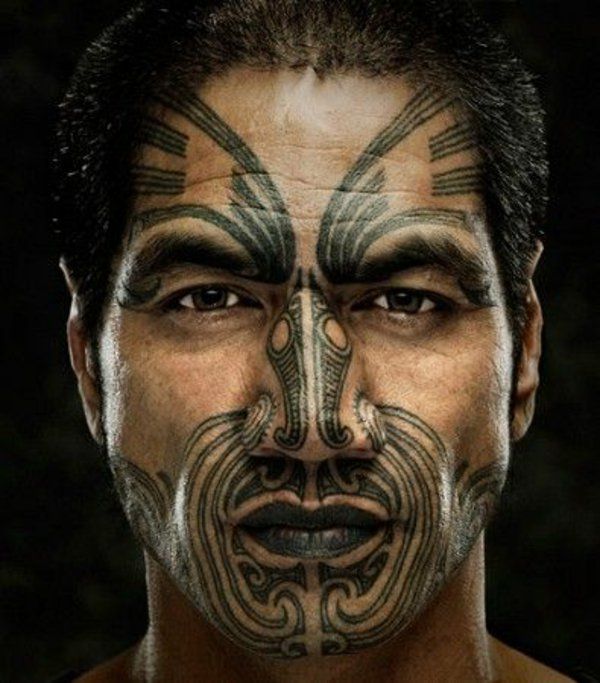