Last week saw the biggest tattoo festival in the Southern Hemisphere go off with a bang over in New Zealand!

An amazing 7000 people passed through the doors of the TSB Stadium this year, the festival’s biggest ever crowd.

Organiser Brent Taylor said it was more than last year due to the weather reaching a scorching 23 degrees Celsius on Saturday and 21 degrees on Sunday.

Hundreds of artists from around the world travelled to the festival, which in turn saw many visitors from overseas travelling for to get a tattoo from their favourite artist.

The festival kicked off on Friday night with a powhiri, a traditional Maori welcome ceremony, which for many guests was the highlight of the weekend.

Tick (Black Rat Tattoo in New Mexico) has been tattooing for 20 years and it was her second time at the festival. “I think it’s really well done. I love the two days open to the public part and then the meet and greet on Friday and getting to see the haka is amazing.”

Tick, who has tattooed at festivals around the world, said New Plymouth felt like a small community but with a lot to offer.

“I think New Zealand is really cool and New Plymouth is awesome, we hiked on Mt Taranaki while we have been here.”

For French tattoo artist Ccyle this was the fourth year the now Barcelona-based artist has come to the festival and it is her favorite of all the tattoo events she attends worldwide. “It’s a great pleasure and honour to come to the convention, it is so well organised and a great atmosphere between the designers,and the people of New Plymouth are so friendly,” she said.

A WEEKEND OF FAMILY FUN

The festival isn’t just for people to get tattoos. Many people go just to see the incredible artwork on display, or join in with the festivities.

Despite having over 300 artists on site, there was food, shopping, live music, BMX and motocross shows. The main stage saw New Zealand rockers Bleeders, Delete All, and DeadBeat entertain the crowd, while Nitro Circus’ Levi Sherwood wowed the audience on the motocross track.

The festival will be holding a very special 10 year anniversary next year, so start saving now for tickets! 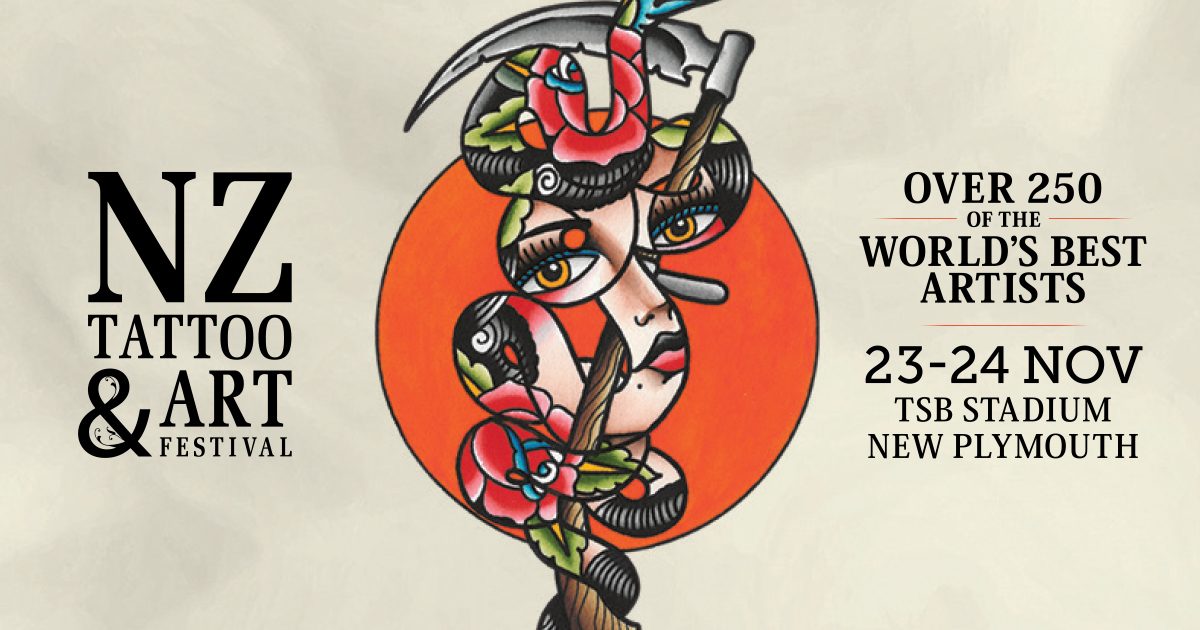