At the end of the day, what you have put on your body is your responsibility, so if you have a tattoo you don’t like, it’s very rarely the artist’s fault. We’re talking about homemade tattoos your friend gave you when you were 14. You know – complete shit.

Here are five of the best tattoo cover up ideas we found on the internet. All credit due to the original artists.

True love never dies – for at least 6 months when that honeymoon period ends When that happens, turn your soul mate into the monster they really are! 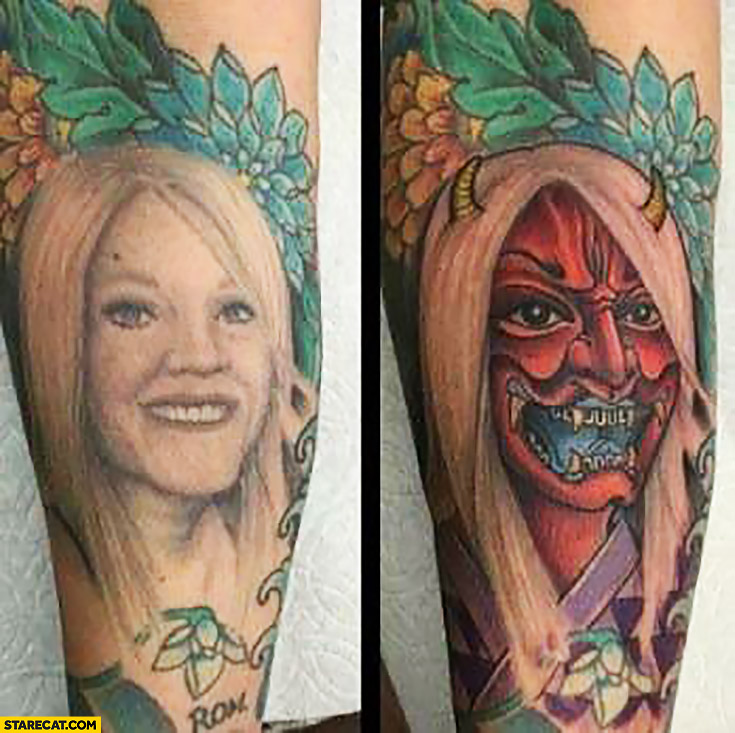 Of course, everyone knows this, but sometimes it’s nice to see. Because Batman is so dark, he’s perfect for covering up old tattoos. Especially if it’s that little bitch Superman. 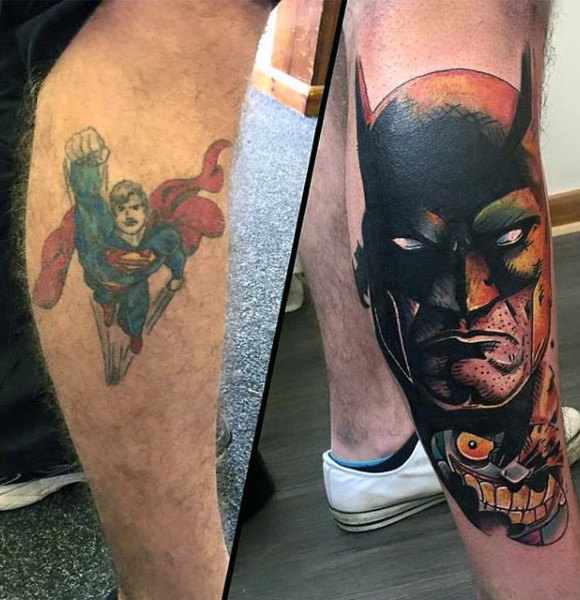 Ok, so you made a mistake. One way to fix it is not to try and cover it up, pretending it never happened, but instead to own it. Johnny Depp famously had Winona Ryder’s name tattooed on his arm when they got engaged, but when they broke up, instead of having it covered up or lasered off, he changed it from Winona Forever to Wino Forever. The internet is flooded with terrible tattoos of loved ones. This is what happens when you go cheap on your ink. If you want a photo-realistic portrait of a loved one, then you’re simply going to have to pay the money for it, otherwise, you might end up with some sort of Zombie/Demon image of your beloved daughter to carry around with you forever.

A fix job doesn’t necessarily mean covering up your old tattoo. If you’re creative enough you can incorporate it into a new design. The one above is brilliant because it simultaneously creates a new, decent tattoo while acknowledging at the old one.