Unfortunately, Australia has one of the worst suicide rates in the Western World, with the figures increasing year-on-year.

48% of all suicides in Oz in the year 2000 were by 35 to 64-year-olds; an additional 13% were by 65 year olds and over. The suicide rates for children younger than 15 years is estimated to have increased by 92% between the 1960s to 1990s. Suicide rates are generally higher amongst males, rural and regional dwellers, Aboriginal and Torres Strait Islander people.

Suicide prevention researcher, Gerry Georgatos has found that suicide rates among Aboriginal and Torres Strait Islander people, particularly in the Kimberley, Northern Territory and far north Queensland regions, are among the highest in the world. He describes the high rates as “a humanitarian crisis.”

For both those who lose someone to suicide and those who have attempted themselves, the impact is profound. And often, these experiences overlap.

For those who have felt the loss of a loved one to suicide, they have a higher risk of developing major depression, post-traumatic stress disorder and suicidal behaviors themselves.

The semicolon tattoo was popularized by Amy Bleuel and is dedicated to the prevention of suicide through raising public awareness of depression and equipping communities and individuals with tools to promote mental health.

Having struggled with depression, addiction, and difficult personal circumstances, particularly after being raped and her father died by suicide, Amy wanted something to commemorate her survival.

In 2013, she founded the faith-based nonprofit Project Semicolon, which chose a semicolon as a symbol because it’s “used when an author could’ve chosen to end their sentence, but chose not to. The author is you and the sentence is your life.” 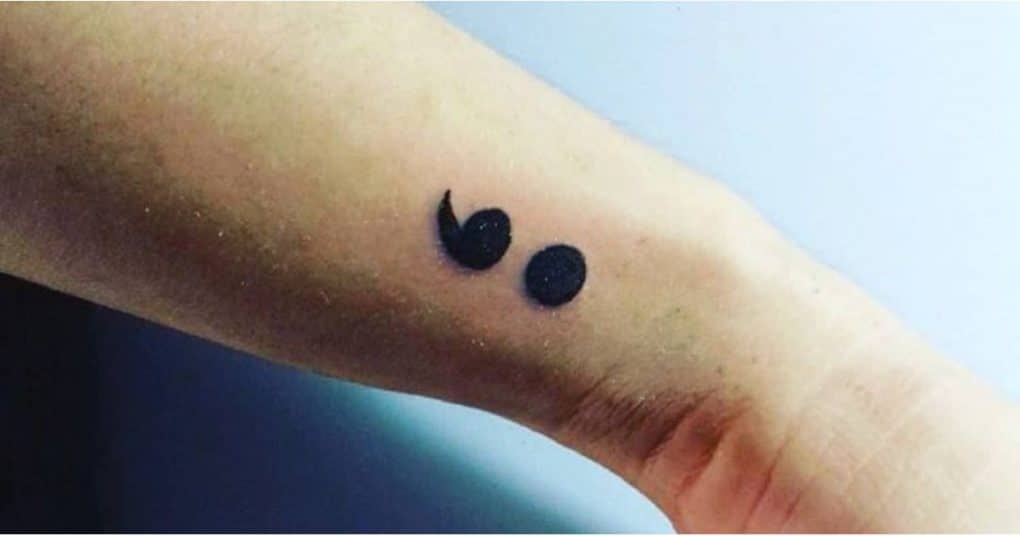